If your guy is suddenly saying no to potato chips and yes to the gym, you might want to ponder with whom, exactly, he’s envisioning sharing this revamped physique — it might not be you. And if you’ve been spending more time working out lately, you also might be contemplating the single life, according to a new study.
The University of Heidleberg study — which tracked over 2,000 people, ages 16 to 55 — found that a coupled-up person’s sudden interest in getting fit could indicate a desire to head for the hills. It also found that — surprise! — single people as a rule weigh less than those who are in relationships. (Ah yes, the old “love chub” theory.)
The conclusion, then, is that when we’re thinking of making a break for it, we start slimming down and buffing up to prep for our re-entry into the dating world.
Dr. Ian Kerner, sex and relationships counselor and founder of GoodInBed.com, acknowledges that a sudden frenzy for fitness could be a warning sign in a certain context, but on its own, it could actually be a good thing. While Kerner has known “plenty” of people who go on “workout binges” right before — or even months before — a breakup, he says exercise enthusiasm can just as easily be about health and fitness, pure and simple.
“Losing weight or getting in shape on its own is definitely not an indicator that people want to break up; it’s an indicator that they want to take care of themselves,” Kerner says.
But, Kerner says, it’s important to look at the big picture. Here are five signs that, alone or coupled with someone’s sudden affinity for 6 a.m. elliptical sessions, indicate your twosome might be in troubled waters: 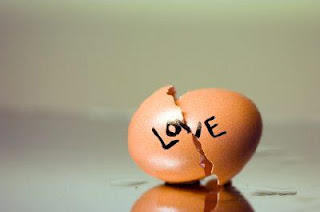 1. You don’t have anything to talk about.
If you find yourself bored and disinterested, or feel like he’s not putting as much effort into conversations as he used to, Kerner says you’re in shaky territory.
2. You don’t care about the people who are important to him (and vice versa).
If either of you starts showing a real lack of interest in your partner’s friends and family, or stops making an effort to do things that are important to the other person, that’s a clear sign at least one of you is checking out.
3. Someone’s suddenly a workaholic.
“Throwing yourself into work and making yourself a lot less accessible than you used to be,” says Kerner, “or doing anything, really, that upsets the schedule and rhythm the two of you might have established together” — is a clear warning sign.
4. You only seem to hang out in big groups.
When romantic dinners for two turn into endless occasions for socializing, chances are there’s a reason you’re avoiding intimate moments as a couple.
5. You’re not supporting each other.
Is he making underhanded or passive aggressive comments that chip away at your confidence and self-esteem? Or do you find yourself belittling him in front of his friends or denigrating his ideas? In a healthy couple, each partner has the other’s back.