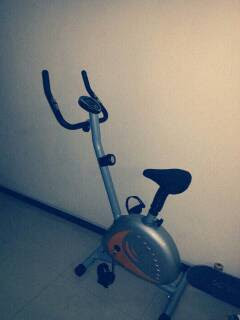 Just bought myself a new toy.
After making my calculations, it was way cheaper for me to buy my own bike than to renew my gym membership. So hence… tada!!

Lets hope this baby will help me make the difference to my training. To relief me of all the injuries and to help get a better leaner body. Get rid of all the fats in me yo. Haha..

But they that wait upon the Lord shall renew their strength; they shall mount up with wings as eagles; they shall run, and not be weary; and they shall walk, and not faint. 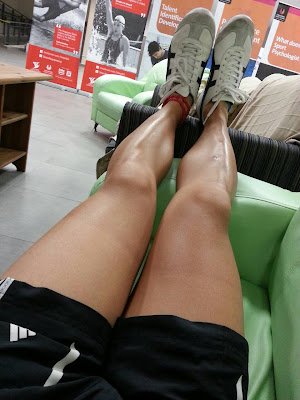 “How is sports school?” Is a question that i get asked regularly ever since the commencement of my internship.
Initially it was a hell lot of stuff to do and so little time to get them done. So much to learn, so much to read on. So i must say it had been one of the best experience i have ever gotten. Steep as hell but fruitful and fulfiling 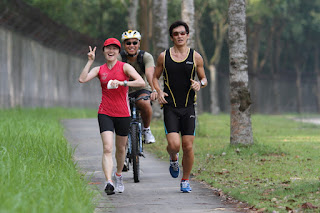 Now on top of the “work” work learning experience, i can sincerely say that sports school is really fun. All the colleagues are around my age group so its really like some kinda giant party every single day.
Just last friday, the most random event of 2012 occurred. I was asked if i was interested to run a 32km charity run. Initially i turned it down. But… my supervisor asked me to run. Ok. So thats like an unofficial official must run. Nvm. When i came bck from the 32km. He told to complete 18km more to make it 50km..
What the…
I was totally not prepared for it. No spare socks.. no carbo loading.. no more SiS GO Gel. Seriously..
This is the time crazy rock n roll me took over. “Lets go” i said. And lets go i went. 44 laps around the track. This is definitely one of the craziest stunts i have ever done.
On hind sight, what made me confident was the confidence i had in the sports school staff. The support team. The people that cheered me on and definitely, i know god was watching over me. So. Lets go. Whenever there is a challenge.. lets go.

Loving sports school more and more everyday. ♥
And of course. Through the run i have forged so much new friendship n found myself a running buddy!!

Please continue to Challenge me. For i will only be better in time to come.
Never compromise myself.
My determination has no equal.
#roadtokobe2012

Saw this tweet earlier today.
“Never compromise on yourself. You’ve only got yourself”
Makes a lot of sense to me.

As i was doing my morning run. Thid quote went through my mind again.
Never compromise in anything.
Take pride in my work.
Only through this way, will i be able to give 100%.
Its always so easy to tell ourselves to slack off a little.. “take a chill pill”… “relac”.. “why so chiong”..
I believe that my work will be judged. Not by just by others. But also myself…
Will i be able to look back and say to myself “hmmm.. at least i tried my best. It aint that bad a try anyways”.

Recent times has been pretty tough for me. To juggle work, training, studying and of course my social life. Even music has taken a back seat but yet there are still much left for me to do.
As the saying goes.. everything in life comes to an end. All good or bad relationship has to end. Friendships like wise. As usual im very affected by how things have turned out. But. Nevertheless. I shall employ the new logic of “it takes 2 hands to clap”. So i shall no longer try to make things work. If u cant be bothered. Neither will i. Screw it ya?

Its really a good time for me to learn to cope with all these and put my best foot forward, to give the best i have. Not to compromise on my quality.

Shall not let myself down
Shall not compromise on myself!
Time to work harder. There are lots of people who care abt me. Haha.. yeah!!! 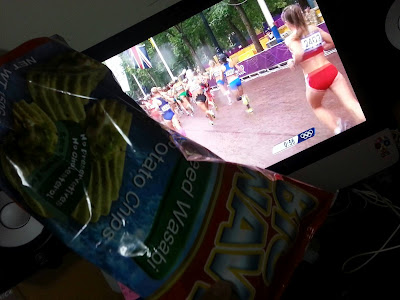 Just to clear the air. I have gotten tendinitis. Which is basically damaged tendons. I have perfectly fine ACL as of now and I don’t intend to do any reconstruction. God please keep keep me safe. *prays*

As of now, I haven’t been training ever since 24 July and it is slowly killing me. I crave for the pain, the adrenaline, the endorphins that running gives me. And outta a sudden, I find my days sis long and draggy. I feel like I”ve gotten an additional 5 hours daily. What to do.. Hai.. yesterday, I watched the whole of Olympics marathon replay and when I’m done I told myself to go to bed.. only to realise it is only 9pm. That’s how much time.I have..
To make things worse.. I’m still as hungry as ever and I really have to control my diet. If not I’m gonna carry can additional 6kg when I start my training all over again.

Kobe marathon is in 12 weeks. Really bad time to get this shit.

It’s really time to keep my faith.. be disciplined to not train (that’s the hardest.. seriously) and to believe I can make a come back. The Marathon does not lie. Looks like I won’t be going below 3 hours this year. Sucks. Zzz.. 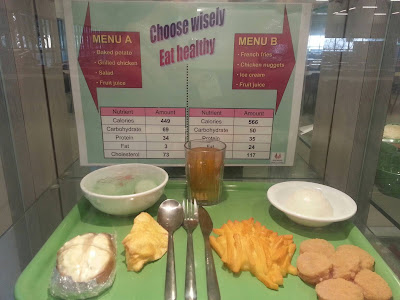 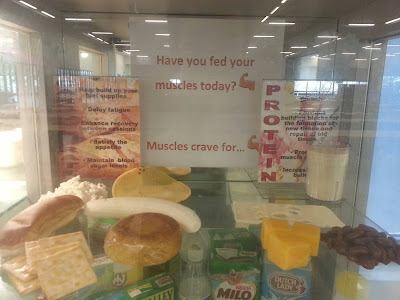 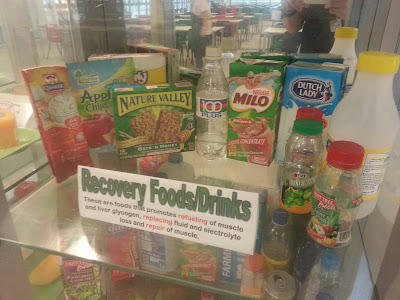 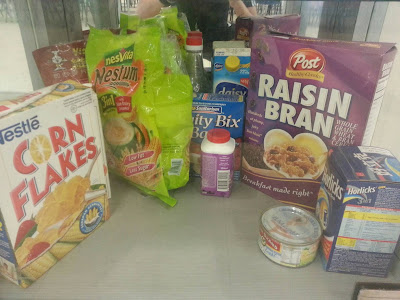 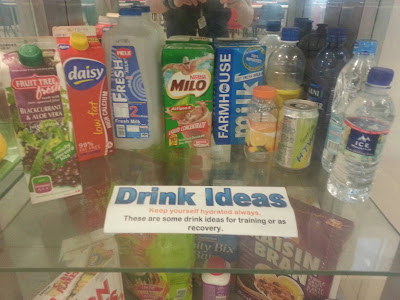 So to some of my friend’s knowledge I had began my internship at Singapore sports school. Yes. That is true. Haha.. no more srjc.

Works busy.. but I’m loving every bit of it. All the research work is no doubt what I want to do in the future. Fulfilling, enriching and best of all, I have the opportunity to a difference to the athletes. A positive difference let me mind u.. haha..

Well well, being in sports school definitely has it’s incentives. The world is seriously o la la world class. Best of all, all the trainers are here. So I get lots of advice in terms on my form and discussing on my marathon training plan. Come to think about it. It’s been 18 months since I started training for my Marathon. A lot has changed, a lot of new.motivation and definitely a lot of people to thank for me to have come thus far.

But my favourite thing at sports school is the food here! Lets be honest. It’s not good tasting. But hey. I will do whatever it takes to get the job done. Having the luxury of the meals being prepared by nutritionist is a great blessing and I intend to stick on to this for as long as possible

So gonna make the most out of my stay here. Loving sports school. ♥ 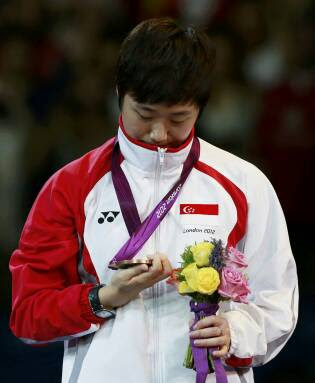 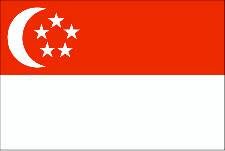 Singapore has finally gotten her individual medal after a long wait. Yet, this has split the citizens of Singapore into 2 distinctive camps: those who are proud of the achievement and those that think “Singapore” did not win.

So.. what’s the issue now?
It has been no secret that a bronze is of a lower credibility and less of an honor in any sporting event. Adding to the pain is the fact that the athlete is a foreign talent, which meant that she was not born here in Singapore and probably her only English vocabulary are resisted to “why leh”, “here lo”, “Walao”. We can safely bet that she can’t sing the national anthem and let alone understand what it is all about. (Well, the general concept of all anthems are the same though)

To be honest, when I was much younger, I had these exact feelings. As I speak now, as a sports scientist and as an athlete, my opinion has changed. This is why:

The Olympics is not just an event to compete for the fastest or the best athlete. It is also a showcase of the financial power and technology advancement each country has. How much money, time and effort that is spent into something that is totally insignificant to a country’s survival. Let me assure you that the it is not an easy job to put an athlete together to compete. Sports physiologist, coaches, physiotherapists, sports psychologist, biomechamist, general manager, nutritionist and traInIng partners are put together to empower the athlete. The team members consist of Singaporeans. True blue la-leh-lo-eh fouled mouth hokkien speakIng Singaporeans like you and me.

Oh, did we forget that the correct athlete must be chosen to make it happen?

Feng Tian Wei came to Singapore in 2007  and has been living, breathing the same air and eating the same chicken rice and nasi lemak that you and I both love.

It is really not easy being an athlete. training 4 hours each session, twice a day and up to 6 times a week. It is no easy job. If anyone thinks that being an athlete has lesser stress as compared to being in an office environment, I dare you to complete the standard chartered Marathon Singapore leg in 3:30:00H. Then you can tell me if it is an easy and less stressful job.

Singaporeans often question why our athletes haven’t been performing well. best In sIngaporea but lousIest In olympIcs. Have we ever asked ourselves what we could have Done as a spectator, citizen to make a difference in making our own SINGAPOREAN athletes better? every coubtry pays tax and part of it is funded to sports. So cut the crap. And I havent even touched on our paralympIcs who are world record holders(I bet 95% of Singaporeans do not know this FACT).

For those who know me on a personal basis, you guys Will know I hardly come out to address Singapore as my country. But hey. Seriously. I am proud of it. And one day I want to don the red and white to do the country proud. Hopefully by then, more support Will be given to the national athletes.

Lets unite and be proud. For this is the country that has given us life, stability, shelter and family. This is Singapore.
LETS SUPPORT HER IN EVERY POSSIBLE WAY. let’s go Singapore! 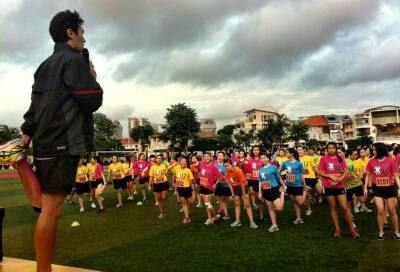 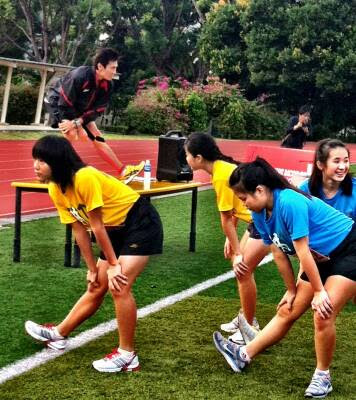 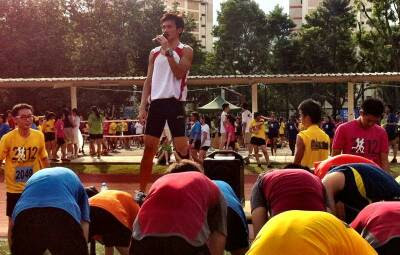 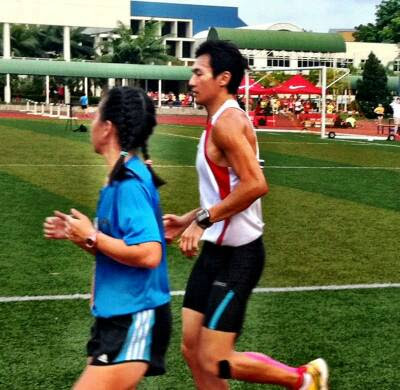 And so. The annual Will run has come to an end and must I say, the run was really a success!
The students came as early as 6:30 to settle down, take attendance and also temperature (safety purposes). Kudos to the students for dragging themselves out of bed at such early hours and of course, the wonderful PE Dept which Came In at 6am!

I am very very proud of my students from my PE classes, Basketball and Runners, club. All the cheering, motivating every fellow srjcian and their racing ethics is wonder!(totally unlike my messy cup throwing, water spitting…)
The students ran well, some had their personal best and I’m certain everyone had a good race!

Thank you students, teachers and SRJC for giving me this opportunity to experience such a wonderful event.

Now I have a bag full of memories to propel me even harder as I move towards other challenges in life.
I will not give up.
I “run for a reason”.
There will be “no limits”.
Every single step counts
I will be “unstoppable”.
My determination has no equal.

a great month of august has began.

a great challenge lies ahead.

life is all about adapting and constantly changing to meet the demands needed.

let me rise to this occasion and perform to my very best.

for there will be many more to come.