Been using the G7+ThinQ by LG for the past 3 weeks and as an avid user of the iPhone, find out why I’m now sold onto the amazing camera features of this smartphone.

The first thing I like about the G7+ is the fingerprint sensor at the back of the phone which I miss after I switched to the iPhone X because I don’t have to raise the phone to my face in order to unlock the phone quickly.

You might wonder, what’s with the long name and the “ThinQ” at the end? Its basically LG’s artificial intelligence platform that allows users to connect a number of its products with this feature together, so you could control your washer or access your refrigerator via your phone. All part of making your house a smart home.

After using the phone for some weeks now, I’ve truly fallen in love with the features of its camera, especially when I compared the images and videos taken from the same spot with different phone cameras. Here are two videos taken of my aerial yoga practice in my living room with the LG G7+ and my iPhone X. Because of the wide-angle camera feature of the G7+, I’m able to capture a lot more of the surroundings.

You can see from the screenshots above that from the same spot where both phones were placed to record at the same time, a lot of the surroundings and even Nykki talking to me in the background has been cropped off. A wide angle definitely helps me be able to capture a lot of the moment. I also like how the video looks brighter, and both videos are not edited.

The wide angle feature is all thanks to the G7+ ThinQ using the same dual cam setup that LG uses – 16 megapixel camera, optical image stabilisation, and paired with a 16 megapixel f/1.9 wide angle camera. I tried using the camera to take videos in the night too and because of its Super Bright camera mode for night shots, images did turn out pretty good although the shutter speed can be a little faster.

I really can’t get enough of the wide angle feature which allows you to take 107 degrees photos, and this is something unique to LG as it is the only manufacturer to have a wide angle camera phone currently in the market.

Being able to capture everything I need in that one shot because of the wide angle function instead of having to stand too far away is just one of the main reasons why I love this camera phone.

The ability to capture night time images with its Super Bright mode is very much appreciated when taking shots like these outdoors after sundown (image is not edited). I used another camera phone to take this shot too but it just turned out too dark.

Tried out the portrait mode of the phone it blurs out the background pretty well even when I zoomed in so I give it a thumbs up here too.

Considering how much I use my phone throughout the day to reply emails on the go, take photos and videos, go on phone calls, update my social media accounts and go on FaceTime with the kids and my husband, I’m very impressed with the battery life of the G7+. With a 3,000 mAH battery capacity, I’m able to go for 2 days without charging the phone at all. I can’t say the same for my other phone though.

All in all, I’m really happy with the camera features of the phone and as a long time Apple user I’m actually tempted to switch to an Android phone just so that I can utilise the superior camera on this phone! Oh the dilemma…. 4 Ways to Prove Your Productivity When Working From Home 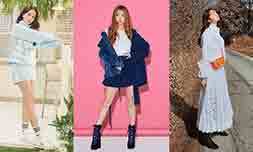 Style Ideas from the K-Pop Stars 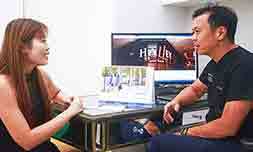 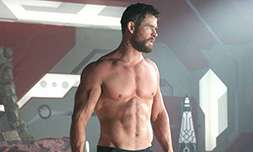 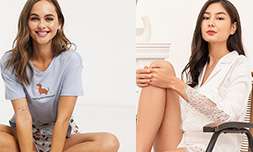 Work From Home Comfortably in These Cute Pyjamas