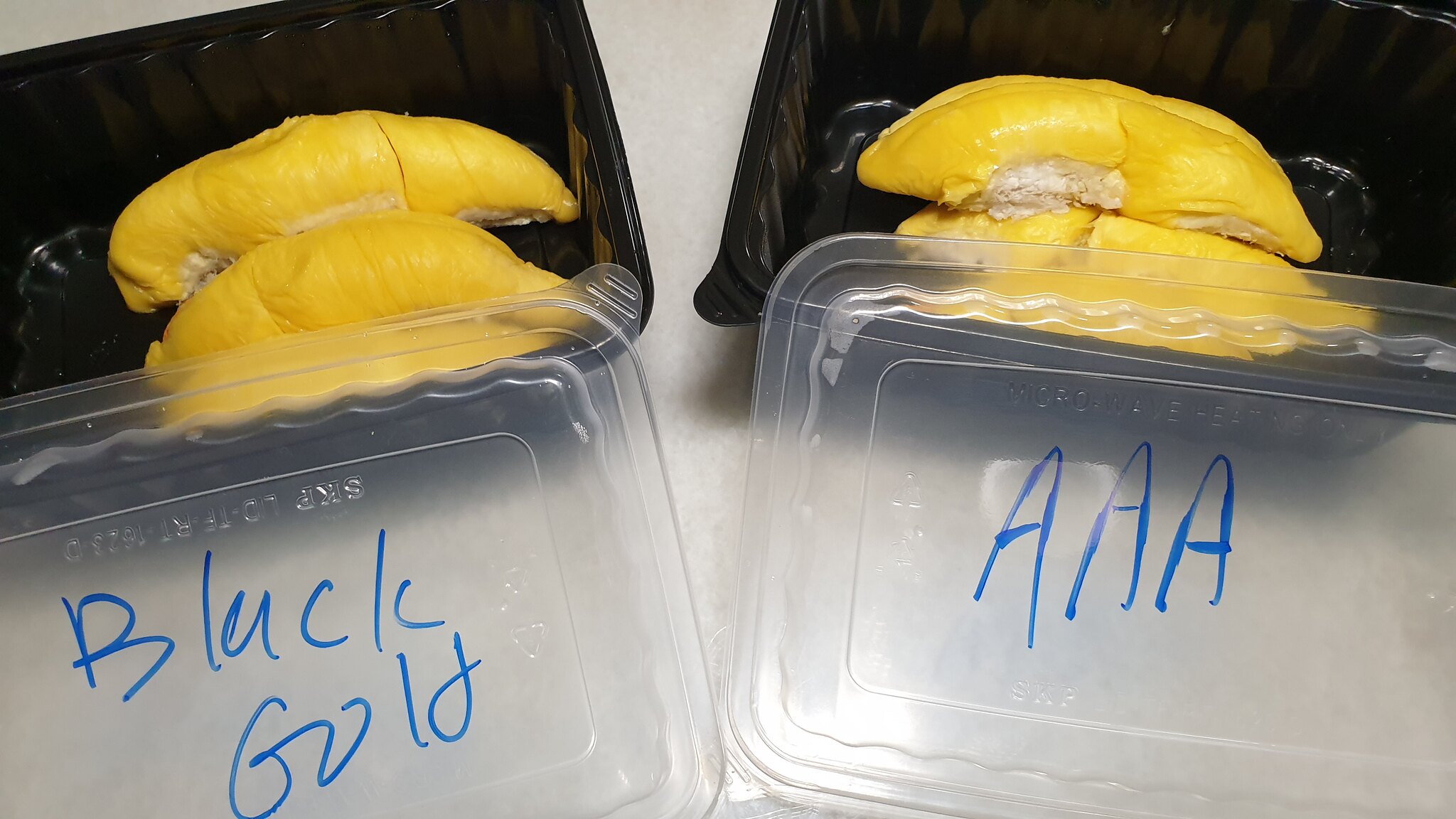 I’m back again with another food review and as the title has already given it away… DURIANS! (omg can hear the inner me screaming NNNNNNUUUUUUUuUuUUUUuUUU~)

As I’ve mentioned before, most of my family and close friends know I can’t eat durian. I used to love it as a kid but I think I was around 21/22 when one of my dates brought me to eat some durian paste thing at Honeymoon Dessert.. then I had a fever, and tonsillitis, and I think I was so traumatised I stopped eating Durian totally. Eventually I removed my tonsils and I think that’s when my phobia began. Even the smell of it triggers the memory!

So to be fair, it’s not that I hate durians, I’m just scared of falling sick eating it. ( TBH, after I removed my tonsils I haven’t really fallen sick in the past 6 to 7 years hahahaha. Blessing in disguise hor?)

So when 8Durian offered to help me try to overcome my fear of durians, I took it up la. So old already scared what right?

First up I tried the Premium Grade AAA Mao Shan Wang from Pahang High hill plantation. Scent wise, it was bearable but once I took a bite hahahaha help la, suddenly the smell doesn’t bother me?? 😂😂😂 It was creamy and messy but was yummy!

Second was the Black Gold durian also from Pahang High hill. The durian smell was extremely strong and the taste was definitely stronger than the AAA MSW.

Both were bitter sweet but on scale of 1 to 10 for sweetness, probably around 5 to 7 for me. Which is great since I don’t have a preference for sweet stuff. The texture for both durians were also extremely soft and creamy, and they fall out of your hand if they don’t find their way into your mouth quick enough!

And after you are done, you will be greeted with a tiny, flat seed! Funny thing is I always associated durians as fruit with big seeds..also maybe because I haven’t had durians in a while.

Overall, have I found my love for durians again? Hmm, yes and no. I know that I can eat them now without cringing but I had massive heartburn at night after I ate them so, for the sake of my health i will refrain from doing so. However, all you durian lovers should defo give 8Durian a shot! The AAA Mao Shan Wang and Black Gold are their most popular and they usually sell out by the late afternoon. Below is an example of when their next delivery is and what durians are available. (P.s. I took this screenshot at like 11am or so, confirm chop by 2 plus some will be sold out one hor.)

I know some prefer to have their durians in the husk but this is a better way to ensure that your durians are fresh! It also saves time and effort to get a replacement or refund. Alternatively, if the durians in the box are still not up to your standard, 8Durian does offer full replacement/ refund. Be sure to make your reservations in the morning when they restock their durians!