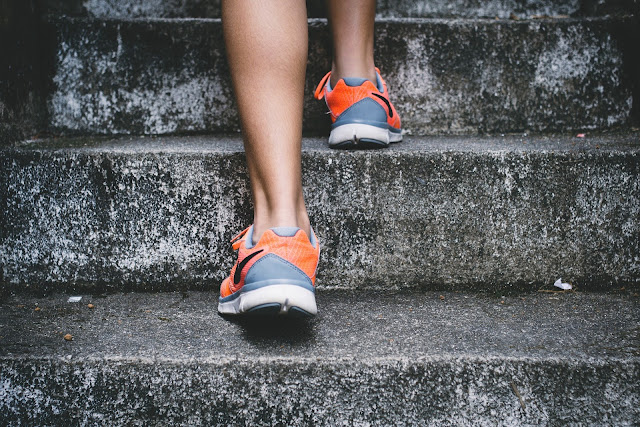 Don’t we all desire improvements and achievements?

What’s keeping us from reaching these goals we have in mind?

Many times, it’s lack of confidence or fear.

Due to my poor record of running, I used to believe that I can’t run for nuts! Since the end of schooling days, I hardly run. If I do, it’s only once or twice a year and during those times, I would feel weak and faint. It isn’t usual for me to get ear blocks and see yellow spots covering my vision and feel the ground shaking up and down. I can almost say… before 2016, I couldn’t run without feeling sick.

But today, I have just collected my first-ever race bib for Great Eastern 5km Run! It may not seem like a great distance, but it is a major milestone for me! My brother can testify that. He went running with me once in January this year (2016)… after attempting to run 2km, the symptoms appeared. I felt nauseous and could barely walked more than 5 steps each time before I squatted down to recover from the weak feeling in my stomach.

The very first sign of my running progress was in July this year. When my bf encouraged me to run with him in the gym since I never dared to run by myself for the fear of fainting. That day, I somehow conquered 3.2km without feeling uneasy! It was surprising yet at the same time encouraging! I went back with him again 2 weeks later, this time I made it to the 3.2km mark again and mentally, I asked myself if I could still go on. I felt I could, so I continued running. It was the first time I ran this far, 5km on the treadmill! (Wahooo!)

Elated, I shared my achievement with my brother and asked how much he think I ran? He said, “500m”! He did not believe me when I told him I completed 5km.

Then, I made an impulse decision to sign up for the Great Eastern Women’s Run 2016. (lol.)

Perhaps, there are instances in life where you need a push and a kick, on other occasions, you need a drive and a goal!

In August, I started my outdoor training for the race in November. I realised it is different running outdoors vs on the treadmill. You need exert a forward force and ground elevations also take up more energy. For the first 3 trainings, I only managed to run 1.6km! However, my timing improved at each attempt and that was my motivation. I used the Runstatic app to track my performance.

I must say, Great Eastern Run organisers are really thoughtful. They have lined up a series of pre-events for the ladies to participate such as Zumba, cooking classes and training runs. Training run sounded good to me, so I signed up for it one week prior to the run. During the training run, I ran closely behind to the pacer and maintained that pace. Even when the pacer went behind to motivate the rest, I did not stop, I just kept running. Soon I found myself in the 2nd place (unbelievable!!) and I was in that position for at least the last 2.5km! It was during the last few metres, the girl behind overtook me and I came in 3rd with a timing of 00:37:12. There goes my first outdoor 5km!! It way surpassed my expectations. I had never visualise completing 5km before the actual race but I managed to complete it a month before!

With much drive and determination to keep it up. I went out to run another 5.5km the next day, even though I had stiff legs!  It had never crossed my mind that one day I will enjoy running! It’s the journey of making progress that keeps me going!

Moral of the story? It is really possible when you put your heart into it. It takes time and progress, don’t worry about the timing yet, you will get there! Step. by. Step.

So to those who think you can’t do it, give it a try. With much perseverance and attempts, you can surpass your expectations and even surprise yourself! 😀