Having urinary tract infection is no joke, there are times when the pain can be so excoriating that you hardly have the strength to stand or walk. And yet, though this topic is not often openly talked about, it is much more common than we think it is. After a brief discussion with a couple of friends and colleagues, I found out that most of them have at least encountered UTI at some point of their lives. And once you have had UTI, the probability of it recurring is unfortunately much higher.

END_OF_DOCUMENT_TOKEN_TO_BE_REPLACED

I received this lovely parcel from Lactacyd featuring their 2 new products.

I was first introduced to this brand and the whole concept of feminine care a year back. You can read up my experience with Lactacyd products HERE.

END_OF_DOCUMENT_TOKEN_TO_BE_REPLACED

This article is specially for all the pregnant women out there who are suffering from either or both heartburn & constipation. Oh, while we are at this, why not include yeast infection too. Here’s a short intro to each ailment that is very commonly suffered by pregnant ladies.

Heartburn is an uncomfortable, burning sensation felt from your stomach up towards to your chest and throat. And we have increased hormones to blame for this. It gets worst when you take spicy food or food items that are known to trigger such an attack. For example, the healthy and innocent-looking tomato is one such culprit. And what a pity because I love spicy food and I love tomatoes.

The next ailment I wish to discuss is Constipation which refers to bowel movements that are infrequent or difficult to pass out. Yet another one to blame it on the hormones again.

And last but not least, the most irritating ailment among the three – Yeast Infection. If you never had one prior to being pregnant, then you must be wondering WHY ME when it strikes. Apparently, this is really oh so common for pregnant ladies too. Woe to us!

It’s not uncommon to have a certain amount of yeast in your vagina, as well as in your intestinal tract. Yeast only becomes a problem when it grows so fast that it overwhelms other competing microorganisms.

Your higher level of estrogen during pregnancy causes your vagina to produce more glycogen, making it even easier for yeast to grow there. Some researchers think estrogen may also have a direct effect on yeast, causing it to grow faster and stick more easily to the walls of the vagina.

Symptoms include cottage-cheese like discharges, itching and sometimes pain.

So far in my pregnancy I have managed to deal with all 3 irritating symptoms pretty well and it’s all thanks to just 1 thing – Yogurt.

I prefer mine in the form of a Yogurt drink, previously I had blogged about my obsession with Nestle’s Yogurt Drink. Other than that, I also take Vitagen and sometimes frozen yogurt if I happen to chance upon a store.

I had no issues with constipation at all, thank goodness! I won’t want to develop piles as a result of that. I also have made heartburn more bearable, because the yogurt was helping with my digestion. And it has also made the yeast infection a one time occurrence (at least for now).

So yes, please go ahead and pile up on the yogurt in whichever form you prefer. It’s good for your health anyway! 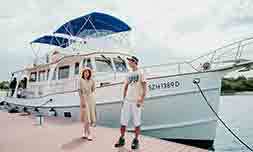 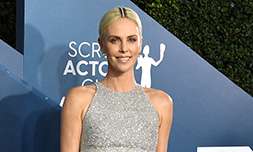