December is one of the months where most of us folks tend to spend a lot and I am no exception. Maybe it is due to the holiday season where everyone is a in festive mood. Not to forget the temptation of all the year end sales with irresistible bargains. And it is difficult not to get tempted when you have been scrimping and saving up the whole year. This seems like the perfect opportunity to pamper yourself a little, only to realise that you can’t stop the moment you begun.

END_OF_DOCUMENT_TOKEN_TO_BE_REPLACED

The Seoul trip last month was kind of impromptu and I had only bqooked tickets and accommodation a month before so it was pretty pricey but the chance to just escape from all the crap down here was simply too alluring. And there was no regrets at all though travelling with the little one was really quite a headache.

Our hotel was right smack in Myeongdong, also known as the beauty shopping street because there are so many skincare and cosmetic shops around. Here you can find Etude House, Innisfree, The Face Shop, Nature Republic, Olive Young and the list goes on. Many K-beauty fanatics like to come here to shop for their beauty supplies, which is probably cheaper only if you buy in bulk. However, with the convenience of online shopping, I can noticed that I could easily get the same items from online platforms such as Qoo10 which ships from Korea at around the same price too. So shopping wasn’t exactly a top priority for me this trip.

END_OF_DOCUMENT_TOKEN_TO_BE_REPLACED

As my previous blog entries have shown and proven that I am a budding Taobao enthusiast. If you do not know what Taobao is then you must be living under a rock all these while. Simply put, Taobao is like the China version of eBay except that things are dirt cheap which makes the quality really questionable.

I started out buying books, toys and children’s clothes from Taobao for Asher as I was attracted by the really low prices. And I was delighted when the quality surpassed my expectations. Soon, I was buying other stuff such as mobile casings, cushions and even bed sheets. My best buy was probably the tempered glass phone protector for my mobile. It came packaged in a metal tin and cost only around SGD3-4, so you can imagine how much the local market is marking it up.

In Nov 2015, I donated most of my office work wear thinking that I would probably not need them in the near future. At that point of time, I had been a stay home mother for around 2 years. But who knew, I rejoined the workforce come the start of 2016 and that was when I decided to turn to Taobao to purchase clothes.You look at photos like these accompanied by attractive prices and you are so tempted to cart them all out.

But then China sites have this notorious reputation for really terrible quality knockoffs for clothes. They take photos from other brand sites and make you believe that you will be buying a piece that looks exactly like what is shown on the model. But when you receive it, you are utterly confused as to if this is was the beautiful dress you had ordered or a cleaning rag which they had mistakenly sent over.

To be fair to the sellers on Taobao, I had some hits despite the misses. There have been times where I felt like I had scored a great bargain, a fabulous looking piece for a good price. But other times, I’m just left feeling disappointed and fat. Just to share, here are some of my misses: END_OF_DOCUMENT_TOKEN_TO_BE_REPLACED

So this week marked the 2 months since I’ve started working, it feels like it has been so much longer than just mere 2 months only. I’m still trying my best to adjust back to the working lifestyle. Some days I’m not so loving it and feel robbed of my time, gone are the days where I could eat in bed or settle for a nap between 2 to 3pm. And yet as the weeks progressed, I feel like I have my “adulthood” back. I get to do adult things such as catch up friends over lunch. This was a rarity during my days as a Stay Home mother. I might even graduate to chilling out one fine day.

END_OF_DOCUMENT_TOKEN_TO_BE_REPLACED

Last year, I was thankful for a wonderful 2014. It was my first year as a SAHM (stay at home mom) too and overcoming that big hurdle was a good feeling. Furthermore, my finances were looking great too, Considering that I had managed to save the same amount as I had in 2013 when I was still working. Not bad for someone who didn’t have a job or stable income.

Sadly, I did not save up in 2015. I’m not sure what happened. Maybe I was feeling adventurous and embracing that whole “living in the moment” idea. I was surviving from paycheck to paycheck. Whatever earnings I had gotten from the online store and blog, I blew them on shopping, parties and enrichment lessons.

Looking back, there was the impromptu Batam trip, the Wanderlust staycation for the hubby’s birthday, the Punggol ranch birthday party for the boy (… haha, I swear all birthdays next year would be totally low key and budget). Then we signed Asher up for mandarin enrichment classes and I’ve just paid S$650 recently for the first term next year so as to secure a place in his class. But the biggest killer had to be all that shopping especially the ones done online. With Taobao being the main culprit, having “robbed” me of 10,000RMB within the span of 5 months. Which meant that I could have saved a S$2000 bucks in 5 months instead of buying so many books, toys and rubbish. But no, I was too busy carting out stuff from that super addictive site to care.

This kinda makes 2015 an extravagant year for me, considering that my monthly takings have been slashed by 75% since I stopped work. Some of you might say that I could have easily sat back and let the hubby do all the paying but that’s just not me. I guess I must have been heavily influenced by my financially independent BFF. So I am still paying my own bills and that includes my mobile, insurance premiums, some of Asher’s insurance premiums and credit card bills. I do not feel good about letting the hubby shoulder all of the financial responsibilities because leaving my job was my decision and he had been supportive of it. So the least I could do is to take care of my own finances. He should be feeling totally blessed and grateful for someone like me given the rise of materialistic women nowadays that demand equality but expect the man to pay for everything 😛 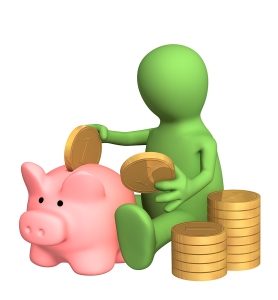 No prizes for guessing but my 2016 new year resolution would be to save more and spend less. I would need to be more in control of my expenditure and that would also mean to stop shopping on Taobao before I empty my bank!

I discovered ShopBack after a friend on Facebook shared about receiving over S$50 in cashbacks through ShopBack.sg for her online purchases. Being an avid online shopper, I was naturally curious about this ShopBack and I wanted to find out more. So I checked out their website and was delighted to find that there were more than 60 over merchants on ShopBack, including my favorite online stores Zalora & Reebonz.

You see, I get most of my clothes and shoes from Zalora while Reebonz is a great place to get presentable luxury gifts at an affordable price. Shopping online has been made more enjoyable now that I know that I am able to receive cashbacks for my purchases through ShopBack! And because good things are meant to be shared,  I am going to teach you on how you can start earning cashbacks through ShopBack.sg as well.  END_OF_DOCUMENT_TOKEN_TO_BE_REPLACED

This is a follow up entry to my previous blog entry – 12 Signs You Are A Shopping Addict. It has only been 4 days but what tough 4 days have it been. And to make sure that I do not succumb to breaking the bank, here are a few things I have been doing.

Acknowledging that you have a problem is one of the first steps towards ‘rehabilitation’. Next, set out a plan on how you would like to accomplish your goal. And in this case, it would be to cut down on shopping.

END_OF_DOCUMENT_TOKEN_TO_BE_REPLACED

Over the weekend, I took a short getaway to Batam with the hubs. It was quite impromptu & booked late Dec. Anyway, I guess it could be sort of like an advance birthday celebration since it’s just round the corner. I’d booked a hotel at Harris Waterfront for around S$70+ but silly me went to book ferry tickets to Batam Centre terminal instead of the Waterfront terminal. It made no sense to have to travel another 30mins from Batam centre ferry terminal to the Waterfront hotel. So I had to waste an additional S$50+ more to cancel the Waterfront hotel and book the one at Harris Batam Centre instead.

The last time I went to Batam was 8 freaking years ago! But I guess nothing much has changed. Our hotel, the Harris Batam Centre, was located just 200 meters away from the ferry terminal and that made it very convenient. END_OF_DOCUMENT_TOKEN_TO_BE_REPLACED

It’s Friday and the time of the month where most of you have gotten your paycheck. So before you charge into the shopping malls to spend all that moolah, these are my top 10 picks on GSS deals for beauty & fashion! END_OF_DOCUMENT_TOKEN_TO_BE_REPLACED

Just when I thought of going on a mini spree for more causal wear, ASOS’s main warehouse catches on fire, leaving the fashion retailer no choice but to shut down its website for the time being.

Apparently, this isn’t the first time it’s premises caught fire with a similar incident in 2006 when about $6.9 million worth of stock was lost. Anyway, we will be crossing our fingers for ASOS and hope that they would be back soon.