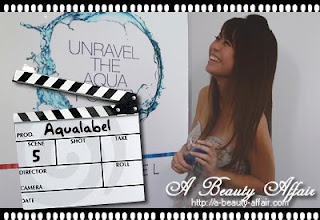 Firstly, I am really glad that I have made it to this round. However, this was also one of my most dreaded stage. Unlike the other seasoned bloggers who often did vlogs (video blogging), I was a complete newbie at this. 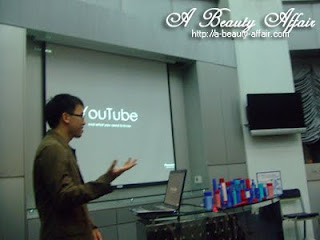 I have never ever taken any video of myself, much less presenting a product in one. And I was really self-conscious of how I would appear in the video. Would I make a fool of myself? Was I gonna screw up my lines? Was I gonna look so fat in it?

On top of that, I was busy with work and the days went past with a twinkle of the eye, I did not even have time to prepare a proper script for the video. 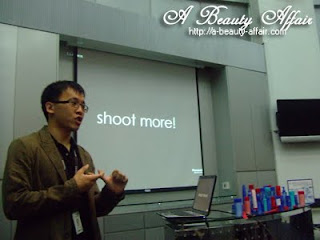 I was reduced to a state of jello on the day of the shooting. But it was really nice meeting the rest of the bloggers at the Shiseido office again, as we cheered each one on.

We were given a short briefing on how to take a home video. Tips such as proper lighting source and angles were dished out by the Panasonic dude.
To be honest, I was a bundle of nerves to be even paying attention to him.

And then THE moment came, where we were given our numbers for the video shoot slots. I happened to be lucky #4 while the others took the last few turns such as #17 onwards. 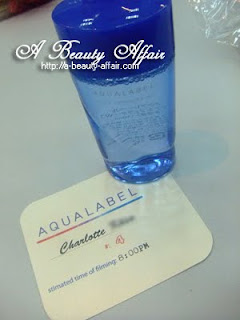 Great, I thought to myself, here I was without a script and I was going to be the fourth in line.

My mind was racing and searching for the right words seemed so difficult. However, I survived the shoot! Yes, I did make a fool of myself but luckily, there was only the Panasonic guy and Yanny present. Fortunately, we were also given maximum three takes and we got to bring back all 3 video clips to edit.

Now, the nightmare started… As much as I was a noob in taking videos, I was also one in video editing. Hence, it made this round even more challenging for me.

This is utterly embarrassing I know. And what’s worst was that I was stuck with Windows Movie Maker, which I found it to be a decent basic editor but a really boring one. Nevertheless, I managed to do up a simple video, edited the silly, embarrassing parts out and combined the ones that mattered.

I’m really excited and nervous about the release of this video. I really hope that if you have been following my blog and /or am a reader of mine who has benefited from any of my posts, you could just vote for me in time to come. I would really appreciate that.

Just for laughs, do view static “behind the scenes” shots below which I had converted into a mini comic strip: